Why Are My True-Ups Getting Higher? 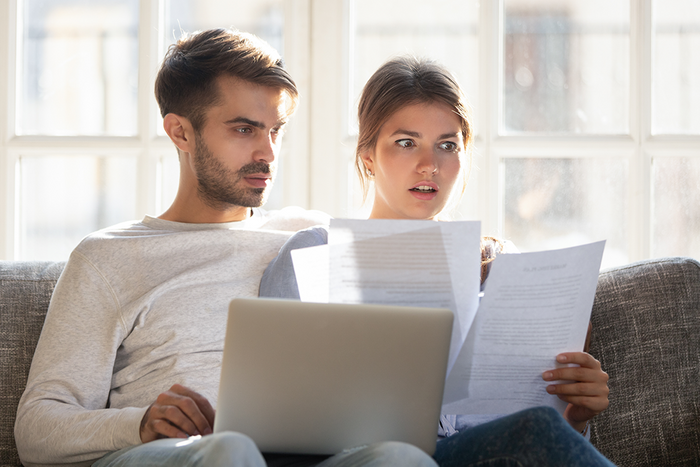 If you’ve had solar for more than a couple of years, you may consider yourself an old pro by now. However, even the most seasoned solar pioneers and energy-conscious customers are seeing their energy costs creep up. Here are the top three we often see in our area:

There are many reasons why your system could be under-performing. One of the best ways to stay on top of your solar energy production is to make sure you are checking your monitoring on a regular basis. We recommend taking a look at least once a month. If you have a SunPower® system, sign up for the monthly emailed performance report so you can cross-reference your monthly statement from your utility. You’ll get used to seeing what your typical production looks like and be able to start spotting trends. An occasional off day can indicate cloud cover, or internet issues causing data lags while monitoring. However, if you see an overall trend downward and it’s not seasonal, then something else could be at work.

The cost of solar has been dropping the last couple of years and most home installs are now designed to offset 100% or more of the previous year’s usage. However, systems installed prior to a couple years ago averaged 75% offset, which means that paying for some energy was planned for. However, as much as the price of solar has dropped the last few years, energy rates have gone up, almost doubling since ten years ago.

It’s possible your solar installation was less than ideal to begin with. Trees grow — there may be tree shade hitting your panels that wasn’t before. Additionally, many utilities have retired the most dynamic time-of-use (TOU) rate schedules that partnered well with solar, as their peak rates coincided with peak solar production times. The current TOU has instead been shifted into effect later in the afternoon and into the evening, after solar production has ceased and many people are using their energy the most. For many, this formerly residual energy charge has effectively doubled. For example, if your true ups used to be around $600, they may have jumped to $1,200 because of the TOU rate change.

The main reason people don’t meet their savings expectations, however, has to do with overuse of energy. As a system is typically sized based on the customer’s previous year’s energy usage, the assumption is moving forward, this usage will not change significantly. It’s not uncommon for people who have gone solar to see their savings and decide to make some changes, increasing usage by adding a hot tub, an electric vehicle, swapping out major appliances from gas to electric (stoves, dryers, water heaters, etc.), or changing household size.

If any of this sounds familiar to you, it may be time to consider adding on to your system. Solar equipment prices are at an all time low, and energy costs keep going up. To find out if you qualify to add on, give us a call at 530.345.6980, or stop by and see us at our Alternative Energy Systems Chico Showroom in the New Earth Market shopping center at 876 East Avenue.