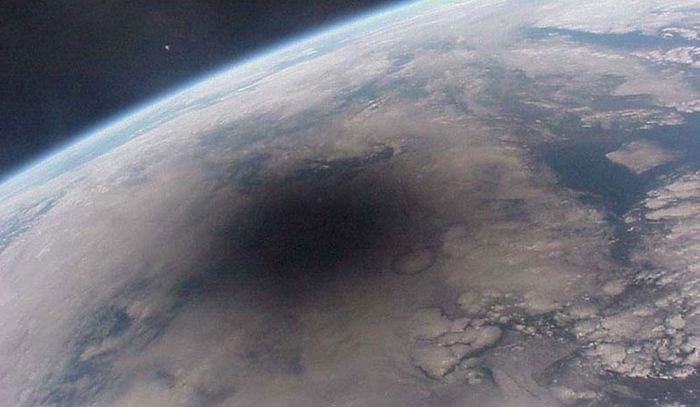 What Makes the Solar Eclipse a Big Deal in California?

Have you heard about the upcoming total solar eclipse? People in California are starting to gear up for this event, due to happen August 21, 2017. While Californians won’t be experiencing a total eclipse, enough sun energy will be blocked during the event that the state’s solar production is predicted to plummet. Energy officials and utilities have been planning what they’ll need to do to ensure any resulting energy loss is matched by ramping up other sources. You may be surprised to learn the extent of the impact made by the moon casting its shadow.

If you’ve already secured a place to stay within the zone of totality, you’re in for a show! Oregon’s campsites have all been booked since April and Airbnb prices across the country have gone through the roof. And those watching the power grid, especially in California, have been studying other solar-rich countries that have experienced eclipses to prepare for this one.

The eclipse’s path of totality runs 70 miles wide and crosses the nation from Oregon to South Carolina. People along this band will experience the most intense display of the eclipse, including a completely darkened sun. Stars and planets Venus, Mars, Mercury, and Jupiter will be visible during totality. As the sky darkens, some flowers and plants will close and birds are likely to roost. The drop in temperature during the event typically mirrors the difference between midday temps and just after sunset. You’ll likely notice it while you’re out because it comes on quickly, typically dropping about 10 degrees F.

What makes this eclipse such a big deal for Californians when we’re not even on the path of totality? We experienced a total “annular” eclipse in 2012 -- did that impact the state’s solar energy production? Will we actually see anything here?

How much eclipse will you actually see? Enter your location to find out.

Even though we won’t experience the deep twilight seen by those on the path of totality, Californians will still get to experience a notable partial eclipse, ranging from 82% coverage near the Oregon border to 58% at the southern border. Studies of past eclipses occurring here as well as Germany and Italy, countries utilizing sufficient solar energy to need to adjust for the impact of a solar eclipse, indicate even a partial occlusion of the sun results in significant energy loss. In California, the last five years has seen reliance on solar more than double as a source of energy for the state, averaging 10% of the total need. The anticipated drop of 6,000 megawatts during the eclipse is equivalent to the power needed to keep the lights on in Los Angeles.

Video Above: Simulation of the change in insolation during the eclipse. This shows how much the sun energy will drop as the eclipse is visible across the country. Source: NASA.gov

State energy officials plan on dealing with this power fluctuation by keeping a very careful eye on energy needs and adjusting energy produced by natural gas and other renewables. As the sun is eclipsed, the state plans to ramp up energy production, as some have described it, like “stepping on a gas pedal” to keep up with demand, and then easing back off as the sky brightens up again. This drop into dusk will occur at an anticipated 2-3 times the speed of the regular evening darkening of the sky, or 70 megawatts (MW) per minute, and return even more quickly, as indicated by the California Independent System Operator report (PDF).

WHAT YOU CAN DO

Some have already heard from their utility of the importance of turning off non-essential appliances that day. This will help reduce the draw on the electrical grid, and potential complications as well as damages from energy surges.

The whole effect of the eclipse will last for a couple of hours, starting about 9:30am and completing at about 11:45am. The peak occurs for the North Valley at 10:17am, which is a great time to go take a gander, protected with eclipse glasses.

If you’re looking for eclipse glasses, stop by and see us at our SunPower by Alternative Energy Systems Solar Design Center at 876 East Avenue, Chico, in the New Earth Market Shopping Center. We’ll be giving them out first come, first served (limit of 4 per customer). Make sure you stop by early because they’ll go quickly!