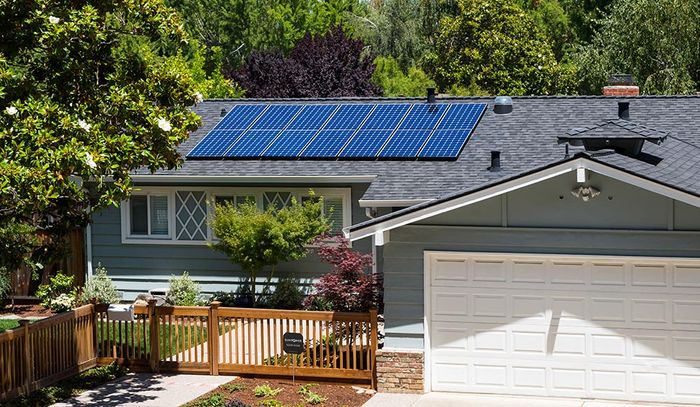 May 9, 2017 SunPower by Alternative Energy Systems

Maybe you really want to go solar but have hit the wall with internet research. Or you’re just dipping your toe in to get a feel for what you’ll need to harness some of that North Valley solar energy to power your home. Unless you’re a complete off-the-grid sort and a bit of a pro when it comes to DIY, your best bet is to speak with a solar expert in person, because they have years of experience and the tools to show you how it all works.

However, it’s smart to do some reading up on the topic first. Here are a couple of the main aspects of shopping solar you’ll want to be primed for when you decide to take that next step and reach out to your local provider.

The main questions we hear involve how big a system needs to be and placement.

Size is only part of the answer

In order to determine the system size sufficient to meet (and possible exceed) your needs it’s essential to review past usage of electricity. Solar experts can help you out, however you can get started by obtaining your last 12 months’ history of electrical usage. The easiest route involves logging into your account on your utility’s website and downloading statements.

When reviewing utility statements, you’ll see electricity use in kilowatt hours (kWh). An example of a kWh: a 100 watt light bulb that burns for 1 hour equals 100 watt hours (Wh). Multiply that by 10 (keep the bulb on for 10 hours) and you’ll have used 1 kWh, as there are 1,000 watts in a kilowatt (kW).

Your energy bill will show how many kWh of energy you use per month as well as tiers of rates for that energy, which go up the more energy you use. This can make comparing costs complicated, so we find it easiest to start with the kWh used and the base rate.

Going for a high-efficiency product with a smaller footprint like the SunPower X22-360 makes sense when:

The 22 refers to the percentage of efficiency of the panel, and the 360 refers to the watts of energy produced. Traditional photovoltaic (PV) averages 16% efficiency while SunPower X22-360 comes in at 22%, which means you’d require more traditional panels to meet the energy needs SunPower panels provide.

In California, a family of four in a modest house averages 8 kW, which is roughly equivalent to 22-24 SunPower solar panels (22 panels X 360 watts = 7.920 kW). In the North Valley, you’ll find averages closer to 12 kW as the area tends to be one of the hotter parts of the state, driving up electrical demands especially with air conditioning and other aspects of environmental temperature regulation. Variable weather/cloud cover plays a role as well, and finally, energy demand keeps growing.

Where does your sun shine?

The main goal of solar system placement is making sure it receives optimal sun exposure throughout the day. In the North Valley, panels are positioned to take advantage of western and southern exposure. Online tools such as Google Maps with the satellite view offer easy access to determining options for installing solar. Solar experts have software that helps them to track the areas most exposed to sun throughout the day, and changes in seasons play a part when it comes to how much leafed-out trees and foliage impact your property.

Many find roof systems to be the best answer, however depending on property and outbuildings, ground and other structural mounts might work for you better.

One of the best things about going solar: you decide what options suit your needs. And by doing a little research, you’ll know what you need to make the most of generating your own energy, while saving money. We, at SunPower by Alternative Energy Systems, welcome you to stop by our Solar Design Center in the New Earth Market Shopping Center at 876 East Avenue in Chico 7 days a week to ask questions about going solar.